You are here: Home/ About

A serendipitous event in Yoyogi park

A serendipitous event in Yoyogi park 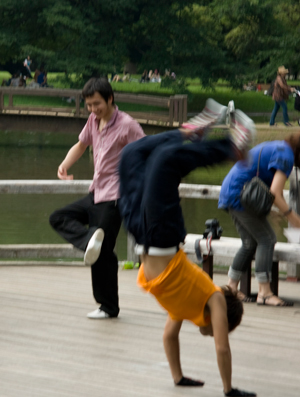 August 2008 I went on a cultural tour of Tokyo with a little excursion to Kyoto and Osaka with my son, visiting as many gallery museums and locations as we could fit in our 14 hour a day schedule. On our first Sunday in Tokyo the only place to be was Harajuku. We spent the morning wondering the shops. If you get behind the tat on the main street there is a real community – stylish and interesting retailers in this area.

I had been given tickets to the All Japan Karate Championships so I disappeared off across the city to the Budokan, leaving my son to wonder around Harajuku. How fortunate was that? – turning up in Tokyo and being there for the All Japan Karate Championships. Dave Hooper a long term resident of Tokyo and karate instructor, had kindly provided me with tickets, he had found it difficult to believe that this was just a happy coincidence and assumed some carefull planning had gone on.

I had wonderful time at the Basho when the event had finished I made my way back to Harajuku to meet Jordan, feeling a sence of quite satifaction as events were just falling into place on our trip. We met up at Harajuku station and headed off around Yoyogi park, famous for all the cross dressing and manga role players. The place was a real buzz, bands lined up along the edge of the park competing for space and any potential audience. As we made our way into the park we found groups of people practicing, performing enjoying all kinds of activity, it just so inspiring. There were groups having a bongo and drumming face off, people acting out plays and others perfoming traditional Japanese music. Then, as we wandered around the lake in the centre of the park taking in all this eclectic activity, I was just absolutly astounded to find a group of young people dancing to Northern Soul music. 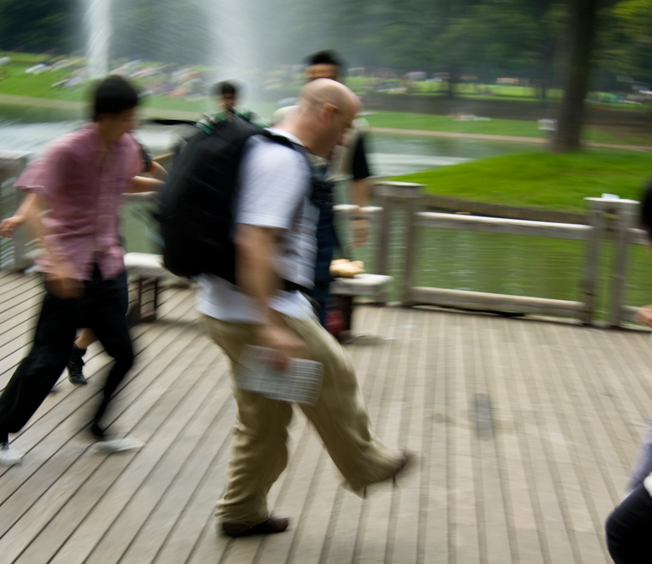 Back in the mid seventies Northern soul was a big part of my life. I was a regular at Cleethorps allnighters and travelled to lots of events and locations around the north of England including Wigan Casino. I still have my vinyl record collection from that period. Now Northern Soul was never a mainstream genre in the UK and most of us liked it that way, select and special. I would imagine if you as the average person in the UK asked about Northern Soul you would get a bemused look or ill informed recognision about Wigan Casino and skiing in the snow.

So for me, coming across this group of people in Tokyo, matching the athletic style of dancing wearing similar clothes was a wonderful shock. The fact they knew about Northern Soul, let alone imitatating it so accurately, was just so unexpected. They even had miniture version of the adidas sports bags complete with accurate patchs (badges) Keep the Faith & Twisted Wheel.

I could not resist and tried to communicate. Sadly I have no Japanese and they had no English, but they seemed happy to accommodate my efforts. I think they got the the idea, that I went to Wigan Casino which caused a lot of clapping and excitement. That may of been the Japanese way of just being polite to the crazy old Giajin (foreigner). I topped off the encounter joining in with a dance ( A shuffle style dance none of the kicks flips and spins). We went on our way with gifts of CD's and leaflets.

As my son put it "How random was that"

How can I help?

or email me on

I'll get right back to you.